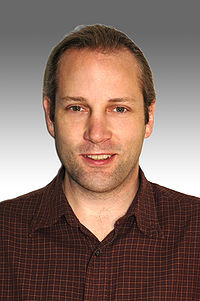 As a physics undergraduate at Georgia Tech, Professor Murphy worked an integrated total of two years (eight separate quarters) at the Naval Research Laboratory as a cooperative-education student. During this period, he developed optical and machining skills, while maintaining an active interest in amateur astronomy. In graduate school at Caltech, he designed and built a cryogenic image slicing spectrograph for use at near-infrared wavelengths on the 200-inch Hale Telescope at the Palomar Observatory. Using this instrument (PIFS: the Palomar Integral Field Spectrograph), he observed ultraluminous infrared galaxies (ULIRGs)--colliding galaxies that can be more than one hundred times more luminous than normal large galaxies due to a burst of star formation or feeding of a central black hole as a consequence of the merger. PIFS was able to sort out the velocity fields of these complex "train wrecks" in the sky, ultimately revealing the promptness with which the galaxies turned on their ultra-high luminosity following a close approach. Professor Murphy received a PhD in Physics from Caltech in 2000. Following graduate school, he started a project as a post-doc at the University of Washington to test general relativity via a new initiative using the venerable technique of lunar laser ranging (LLR). APOLLO (the Apache Point Observatory Lunar Laser-ranging Operation) was mid-way through its integration at the telescope when Professor Murphy began as an assistant professor at UCSD in 2003. APOLLO achieved first returns in the fall of 2005, and has since far exceeded prior LLR capabilities, achieving one-millimeter performance in measuring the distance between the Earth and the Moon. Professor Murphy continues to explore potential tests of gravity within the solar system, including laser ranging to Mars and installation of next-generation reflectors on the lunar surface. In addition, he is passionate about exploring realistic schemes for renewably energizing our society in the years ahead.

Solar-system tests of general relativity; Energy and the environment

Professor Murphy's primary project is running the APOLLO lunar laser ranging experiment, using the Apache Point Observatory 3.5 meter telescope in New Mexico. This project seeks to push tests of Einstein's general relativity to new extremes, including testing the strong equivalence principle, the time-rate-of-change of Newton's gravitational constant, the inverse square law, gravitomagnetism, and geodetic precession. APOLLO performance is roughly one order-of-magnitude better than previous capabilities, so that they may ultimately expect order-of-magnitude gains in the physics learned from APOLLO. In addition to testing gravity, LLR also probes the nature of the lunar interior, earth orientation, and tidal dissipation on earth. In addition, Professor Murphy is the PI of a mission concept study to explore the feasibility of millimeter-ranging to Mars via laser transponders placed on the Martian surface. He is also co-leading an effort within the LUNAR effort led by Jack Burns at the University of Colorado. This sub-effort seeks to provide designs for next-generation reflectors and transponders for the lunar surface, and to further explore the science that one might gain from such an endeavor.